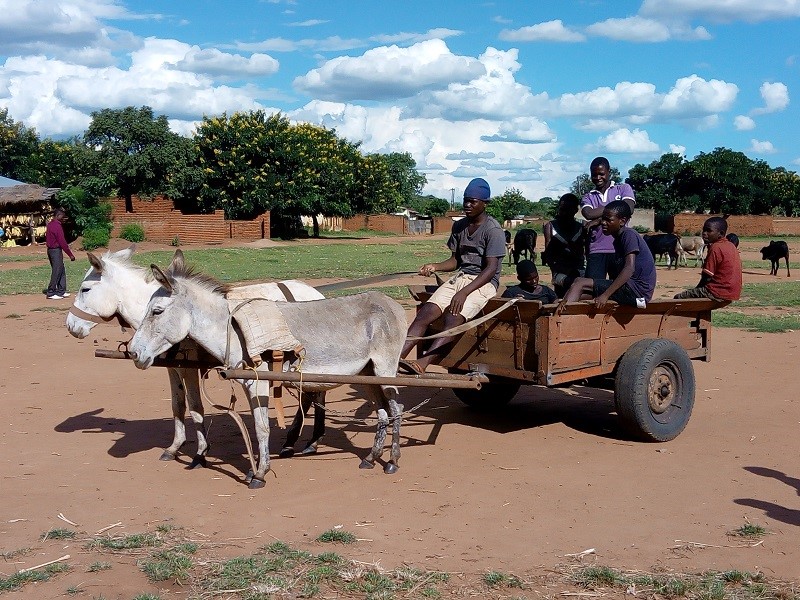 The Lilongwe Society for the Protection and Care of Animals (LSPCA) under the Donkey Sanctuary Project (DSP) is working closely with lead farmers in Lilongwe and the Lilongwe University of Agriculture and Natural Resources(LUANAR)-department of agriculture engineering to identify and come up with a modified donkey cart model which will greatly enhance welfare of Malawian donkeys at the same time improving livelihood of people.

The new donkey cart; a modification to the existing traditional ox cart which will now accommodate two or three donkeys hitched at the same time. “We did not want to bring something entirely new which might be expensive and confuse donkey owners.” “We want a technology which will use materials already in possession by donkey owners so that they can easily understand and adopt it.” Said Chiodza-DSP project officer.

The new modified donkey cart will be specifically designed to suit donkey’s strength and abilities, which will now improve the welfare of donkeys by preventing unnecessary pain and suffering of these donkeys as they will no longer pull the cart with yokes but harnesses. Traditionally Malawian donkey owners hitch their donkeys to carts using yokes which is wrong as it causes untold pain and suffering to donkeys. Donkeys effectively pull carts with their chest due to their strong muscles on the chest unlike oxen which have strong muscles on their backs.

According to Dr. Grivin Chipula-senior lecturer and head of department of agricultural engineering at LUANAR said he looks forward to long partnership with LSPCA and everyone involved in donkey cart project. He further promised that his department will give full support to make sure that the donkey cart project is successfully done.